The first five months of 2012 have brought us some crazy weather in the United States.  What does this mean for the rest of 2012? 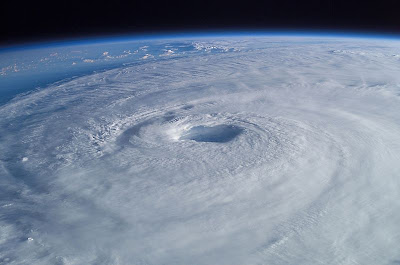 We are seeing earlier than normal development in the tropics this year.  The official start of the hurricane season does not begin until June 1 and we have already seen two named storms in the Pacific (one of them considered "major" at Category 3) and one named storm in the Atlantic that is bringing torrential rains from Orlando all the way to the coast of Georgia.


What does this mean for our hurricane season this year?

This is 100% speculation, but I believe the Atlantic coast is long overdue for a strong hurricane to make landfall.  I pray that I am wrong, but last year New York City/Long Island got off easy.  Things could have been much, much worse had Irene made landfall as a Category 1 or 2 hurricane. One positive thing is that authorities are not taking these situations lightly.  Not after what happened in New Orleans in 2005.  No one wants another Hurricane Katrina on their watch.  All precautions were taken and mandatory evacuations were made close to the shoreline due to the risk of severe flooding.  Mayor Bloomberg of New York City had mandatory evacuations of low lying areas close to the Battery in Manhattan for the first time in the city's history.

In these types of events I would have to agree with Mayor Bloomberg's decision.  One can never be too cautious when dealing with Mother Nature.  We are talking about the ocean here.  It eats ships like we eat oyster crackers and can swallow people alive in an instant.  When hurricanes come ashore who really knows how much havoc the storm surge and flooding is going to create.  See the video below from Tropical Storm Irene as it made landfall on the coast of Connecticut.  Keep in mind the body of water is the Long Island Sound.  Typical waves are two feet.


What does the future hold for our planet?
I want to know your opinion!  Chime in below :)

Angry Beaver
An amateur birder, nature-enthused, regular guy making his way through life trying to learn as much as possible about himself and the planet.