The Solar Flare of the Century 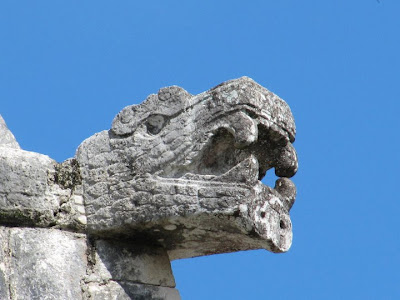 The popular theme in the media today has been the apocalypse. The coming of the end and the brutal physical destruction of the planet altogether.  We've seen folks take the prediction made by the Mayan Calendar and turn it into a fruitful gold mine, producing books, movies, and TV shows all about the foreseen destruction of our planet by our intelligent ancestors.  It is such a popular subject because it hits close to home.  Let's face it, people want to know how things are going to end. People treat death as a subject they are cautiously curious about....

One of the ways people romanticize over how the world is going to end is from a perilous solar flare.  While a solar flare may not cause complete physical destruction of our planet, it could still give us a heck of a rough time.

On September 1, 1859 the largest solar flare on record with the strength of 10 billion atomic bombs made its way towards our planet.  It was named the Carrington Event because it was first spotted by British astrologer Richard Carrington. This solar flare disrupted telegraph communications, started fires, and the Northern Lights were able to be viewed as far south as Cuba!


What if a solar flare of this magnitude were to hit Earth today?

I fear for our society if a solar flare this large and powerful were to come our way. Here is a brief list of some of the systems that would be compromised and how we as humans would be affected.

No satellite communication - need to make that cell phone call or send that text message?  Better start training a pigeon. It could be awhile before you do this. Solar flares can disrupt satellite signals or even destroy satellites in orbit. This means no GPS (bring a map), no cell phone, no text messages, and no weather forecasting.

Severely damaged power grid -the power grid in the U.S. would take a major hit.  Transformers could blow and could take weeks, months, or even years to replace depending on how many were destroyed.  Many would have to be manufactured ($$$) and would take some time to install.  This means no electricity which could pose severe threats to the elderly who rely on air conditioners during the hot summer days.  No pumping gasoline. Traffic lights out.  Dead cell phones after battery runs out. (can't use them anyway at this point). Spoiled food across the country from supermarkets to refrigerators and freezers.  Better stock up on that canned goodness.

There are many other areas of life that would be affected by a devastating event such as a Carringtonesque solar flare. Let us pray that one similar never approaches our planet.  All we can do for now is be educated about this type of situation in case it were to happen. I am sure the expert astronomers are all over this type of subject, monitoring the sun for activity.

The most important thing to remember is that we should not take what we have for granted for even one day.  Remember this because things can change on a dime....in any aspect of life.

Angry Beaver
An amateur birder, nature-enthused, regular guy making his way through life trying to learn as much as possible about himself and the planet.